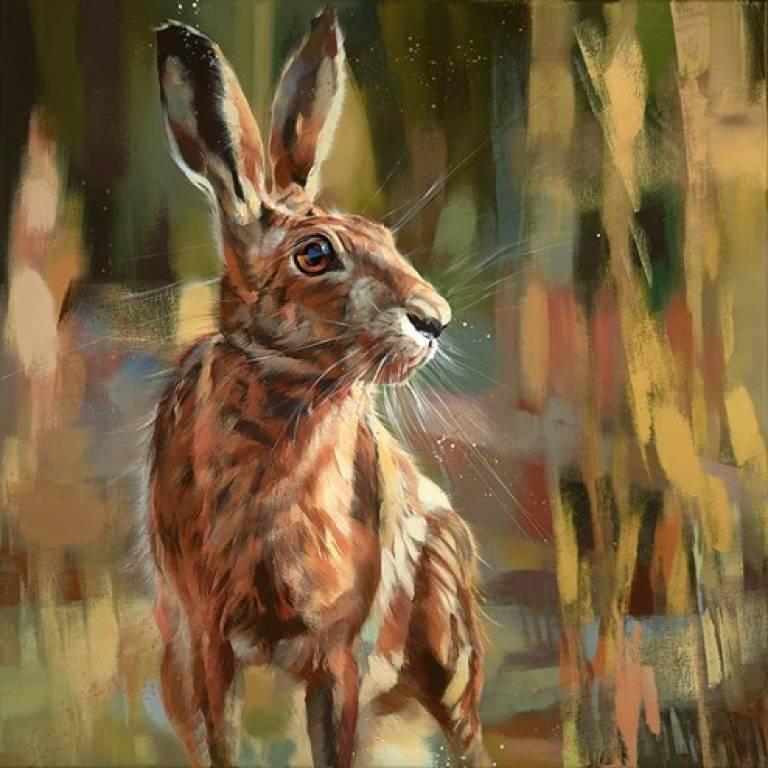 The beguiling wildlife paintings of Debbie Boon are inspired by two passions; the sheer joy of bringing a blank canvas to life through painting, and the delight gained from observing and representing the striking (and sometimes quirky) rural characters and vast blue skies of Eastern England. Her stated aim in her work is “ to reflect life and all its visual personality.”
After graduating from Art College, Debbie embarked on a career in graphic design, before becoming well known as a children’s book illustrator as well as establishing herself as a painter in commercial and private spheres. This career as an illustrator instilled in her the desire to create character within the painted image and this intention is never far from the surface. Whether depicting animals, people or places, Debbie conveys a deeply personal impression of each subject, through a progression of expressive paint techniques, colour, light and movement.
Debbie creates her work on canvas using heavy bodied acrylics with a rich, almost buttery texture and a variety of glazes. Working quickly at the initial stage to block in the main elements of the composition, she then layers her paints to create depth and vibrancy. Her art is characterized by an energy and vivacity which reflect the joie de vivre she feels when faced with a subject that captures her imagination.
Debbie’s latest work has the ability to sit comfortably in both traditional and contemporary settings. It is exhibited at the Concours of Elegance exhibition which takes place at royal locations including St James’s Palace, Hampton Court Palace and the Palace of Holyroodhouse and was the choice for the Royal Box at The Royal Windsor Show and was later featured in a TV documentary. ﻿﻿﻿